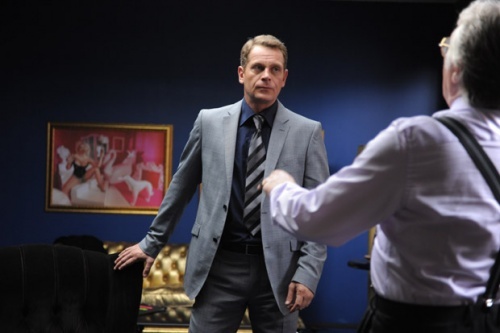 Bulgarian actor Yulian Vergov cast as the Ambassador to London in the comedy “Mission London.” Photo by SIA

The National Statistical Institute (NSI) has revealed that 110 films were produced in Bulgaria in 2009, a 20% rise in the number of films compared to 2008.

The official 20,9% rise in the number of feature, short and medium length films in Bulgaria was mainly due to the 38 feature films produced, 3 times more than in 2008 – only 12,7% of all the fims were produced for the cinema audience, with 85,5% produced for television.