Bulgarian PM Sets Out for Numerous Meetings in Rome, Vatican 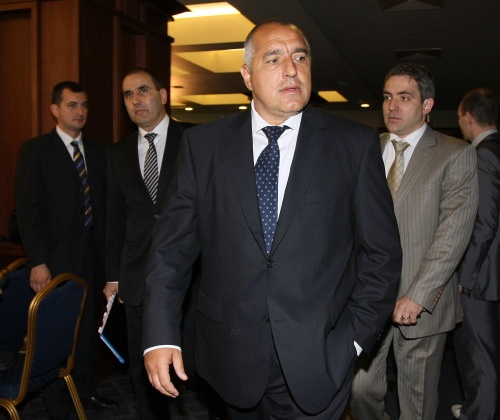 Bulgarian PM Borisov is heading for Rome on a three-day visit. Photo by BGNES

From May 21 till May 24, Bulgarian Prime Minister Boyko Borisov will make an official visit to Rome and the Vatican.

During the first day of his visit in Rome, Borisov will have a working lunch with his Italian counterpart Silvio Berlusconi returning the visit as Berlusconi was in Sofia in the fall of 2009 becoming the first foreign leader to visit Bulgaria after the Borisov government took office in the summer.

Friday afternoon, the Bulgarian PM is taking part in the ceremony for the opening of the monument of Bulgarian writer and poet Ivan Vazov in Rome.

Borisov will be received by Pope Benedict XVI on May 22 in the private library of the head of the Catholic Church.

On Sunday, the Bulgarian government delegation is scheduled to visit the Santa Maria Maggiore basilica and the church Santi Vincenzo e Anastasio, which was provided by Pope John Paul II to the Bulgarian Orthodox Church for services.

On May 24, Bulgaria’s national holiday, the Day of the Slavic Script and Bulgarian Culture, the Bulgarian delegation led by the PM will participate in a ceremony laying wreaths on the grave of St. Cyril, who authored the first version of the Cyrillic alphabet together with his brother St. Methodius.