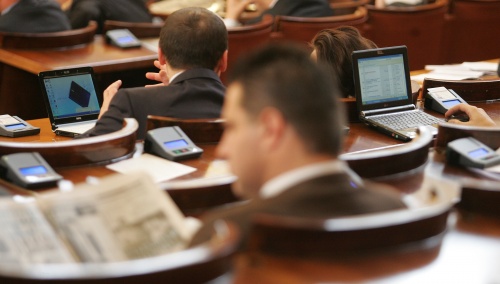 Only 85 MPs were present for the vote to abolish the full smoking ban in Bulgaria with 65 voting for and 20 against. File Photo

Smoking will now be allowed in separate smoking spaces inside restaurants, bars, coffee shops, railroad stations, airports, ports, and bus stations. In restaurants with less than 50 square meters, the owner is to decide it the establishment will be smoking or non-smoking. In office buildings, employers have the right to designate special smoking spaces. In nigh clubs smoking will be allowed without the requirement to have separate non-smoking places.

The Opposition accused GERB of lobbing and human rights violation.