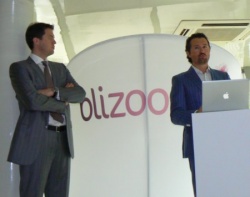 Bulgaria's top cable providers Eurocom and CableTel, which merged earlier in the year after the acquisition by Swedish investment fund EQT V, have been rebranded as Blizoo. Photo news.idg.bg

Bulgaria's top cable providers Eurocom and CableTel, which merged earlier in the year after the acquisition by Swedish investment fund EQT V, have been rebranded as Blizoo.

Under the deals EQT through its EQT V fund acquired 100% of Eurocom from US private equity firm Warburg Pincus and 70% of privately-owned CableTel.

CableTel's other shareholder Ron Finley remained minority shareholder by rolling over his 30% shareholding in CableTel into the merged company and investing further equity.

EQT has a strong track record of fostering growth and value creation in the more than 70 companies that it has invested in over the last 14 years.