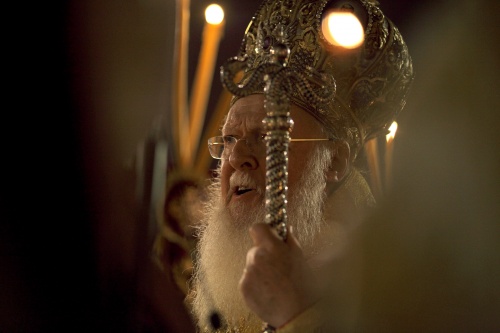 The Ecumenical Patriarch of Constantinople, Bartholomew I, is arring Tuesday on a two-day visit to Bulgaria.

His All Holiness, the first among equals from among the heads of the Eastern Orthodox Christian churches, will go first to the Black Sea city of Burgas.

There he will be welcomed by Bulgarian Prime Minister Boyko Borisov and Diaspora Minister, Bozhidar Dimitrov, who is also in charge of Bulgaria’s State Agency for Religions.

In Burgas, Bartholomew I will be awarded a doctor honoris causa by the Burgas Free University.

His visited in Bulgaria is related to the opening of a new church in the Sveti Vlas resort along the Black Sea coast for which the Constantinople Patriarchate donated holy relics.

The visit is said to be sponsored by the wealthy brothers, Yordan Dinev and Dinko Dinev, who are construction and resort entrepreneurs but are known for donating money for church construction. Unofficial information states the brothers even provided the plane that will bring the Constantinople Patriarch from Istanbul to Burgas.

However, Bartholomew I's program to Bulgaria will not include a meeting with the head of the Bulgarian Orthodox Church, Patriarch Maxim. The Constantinople Patriarch will be accompanied by the Bishop of Sliven, Yoanikiy, during his time in Bulgaria.