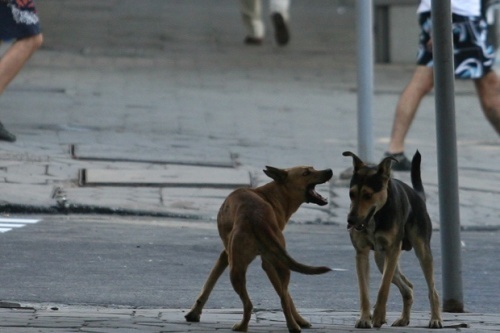 The tragedy followed a number of incidents with stray dogs around Bulgaria. Photo by BGNES

The district court in the Bulgarian town of Kubrat has sentenced to one year in jail the owner of dogs, who mauled to death a six-year-old girl.

Enela Bankova, a 50-year-old former teacher, will also have to pay BGN 32,000 in damages to the relatives of the killed child.

Kristiyana Kirilova died after being attacked and bitten round the throat by dogs in the center of the village of Sushevo, close to the town of Razgrad, in October last year.

The owner of the dogs, who were put to death shortly after the incident, has pleaded not guilty.

Prosecutors have said that they will appeal the ruling, asking for the maximum sentence of three years.

The tragedy followed a number of incidents with stray dogs around Bulgaria, including three different incidents in Bansko and Vratsa, in which sheep dogs were to blame for mauling up to five people including three children - injuring them all seriously.