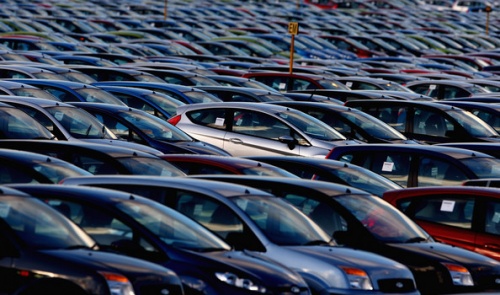 The European market of new cars increased by 5.2% in the first four months of 2010. Photo by zimbio.com

At the other end of the scale, Ireland has a 95 % rise of the new car market in April, while Portugal has the highest increase for the first four months of 2010 year-on-year, 59.1%.

Countries in the EU and the members of EFTA (Norway, Iceland, Lichtenstein and Switzerland ) have registered a total decline of their new vehicle market of a 6.9 % in April 2010 down to 1 171 044 cars.

In first four months year-on-year, European countries, included in the statistical data provided by ACEA, indicate a market rise of 5.2 % up to 4 941 152 new car purchases.

The most popular car brands in Bulgaria are Toyota with 189 sales in April, Peugeot with 145 and Ford with 131 sales.