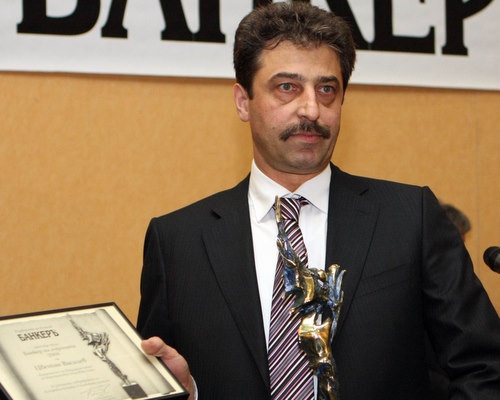 Tsvetan Vassilev, majority owner and chair of the Supervisory Board of Bulgaria’s Corporate Commercial Bank. Photo by BGNES

Bulgaria’s Corporate Commercial Bank, which is believed to finance the media group of mogul Irena Krasteva, holds nearly half of the money of strategic state-owned companies.

The data was provided Sunday by Finance Minister Simeon Djankov at the request of the editors-in-chief of eleven of the biggest print media in Bulgaria, who approached the department, citing the law for access to information.

Nearly 65% of the money of these companies are concentrated in three banks, whose market share does not exceed 9% - Corporate Commercial Bank (48%), EIBank, where the prime minister's long-time live-in girlfriend Tsvetelina Borislavova holds a 18% stake and the Central Cooperative Bank, the data shows.

The eighteen companies have deposited in banks BGN 856 M by the end of the first quarter of the year, which is down by BGN 343 M or 29% in comparison with August last year. The slump is attributed to the government policy to encourage companies with state-owned stakes to pay dividends in a bid to boost the budget.