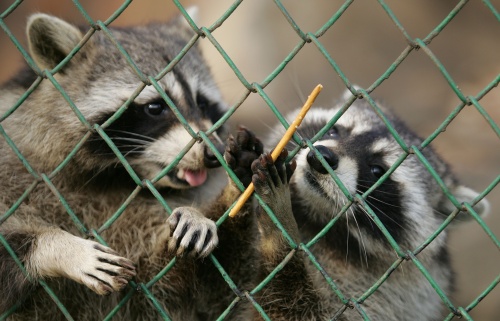 Pictured: visitors feed racoons at Sofia Zoo even though they are not allowed to do that. Photo by BGNES

The event will take place in the zoo at 11 am, and will feature a concert with Bulgarian pop stars.

Over the week, the Sofia Zoo received as a donation from German zoos a jungle cat (also called swamp lynx), a serval, and mangooses.

The Sofia Zoo was established in 1888, and is currently the largest in Southeast Europe.