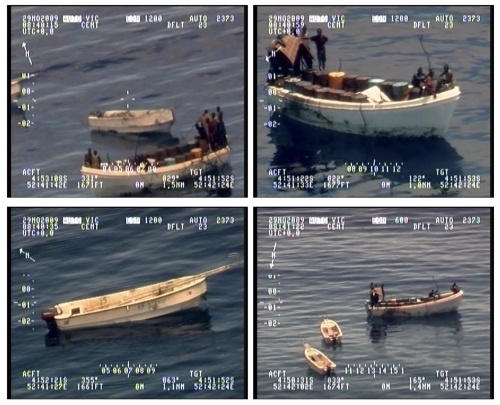 With the hijacking of the Bulgarian-flagged vessel, the total number of Bulgarian sailors, kept by the Somali pirates, rose to 28. Photo by EPA/ BGNES

Representatives of both the official operator and the insurance company of the Bulgarian ship that was hijacked Tuesday by Somali pirates are prepared to start negotiations with the hijackers.

Navigation Maritime Bulgare (NAVIBULGAR) , which is the official operator of the MV Panega – the first ever Bulgarian ship to be hijacked by Somali pirates – are ready to start negotiations.

The spokesperson of NAVIBULGAR, Atanas Panayotov, said Wednesday that the company expects talks with the Somali hijackers to go swiftly and the ship to be released quickly as there is no cargo on board the MV Panega.

“We're carefully following the events,”declared Wednesday Bulgaria's Transport Minister Alexander Tsvetkov and reminded that negotiations are to be carried out by the operator of the ship and the respective insurance company. “A negotiating team has already been appointed and the Ministry will keep track of development of the talks.”

Panayotov has informed that so far NAVIBULGAR has been unable to get into contact with the crew of the hijacked Bulgarian ship. They have last heard from the ship's captain on Tuesday, 6.30 pm (local Bulgarian time), when a message was received that the ship was taken over by Somali pirates. The signal was caught by an American frigate, 7 miles away from where the Bulgarian ship was located.

Panayotov confirmed that though security in region was tight, the MV Panega was hijacked in just 12 minutes.

NAVIBULGAR denied on Wednesday allegations that the Bulgarian ship was sailing towards a Pakistani port where it had to be cut for scrap.

MV Panega with a dead weight of 5,848 tonnes, has a crew of 15, all Bulgarian. All 15 Bulgarian sailors, the majority of whom are from Bulgaria's Black sea capital Varna, are believed to have been captured by the Somali pirates.

So far 28 Bulgarian mariner have been hijacked by Somali pirates – 5 of them sailed on board the British tanker “Saint James Park” when it was hijacked in December 2009, while the Asian Glory ship carried 8 Bulgarians when the vessel was captured by the Somali hijackers in January 2010.

The MV Panega was hijacked in the Gulf of Aden by Somali pirates at about 7:30 pm Eastern European Time even though it was sailing as part of an internationally guarded convoy, EU Navfor Somalia announced.

According to the EU naval forces, the Somali pirates are already taking the Bulgarian ship to the coast of Somalia.

The MV Panega was insured against piracy, and all ransom negotiations will be handled and carried out by the insurance company.