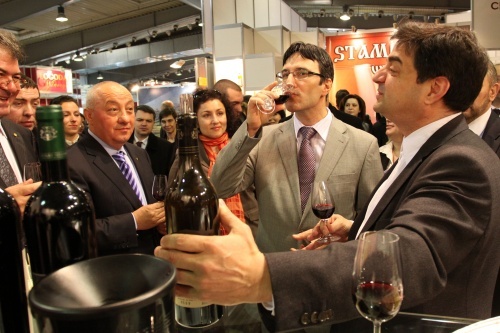 At the end of last year Traikov (C) , announced that the starting price for the state share in Bulgartabac Holding would be around EUR 100 M. Photo by BGNES

Bulgaria’s Energy, Economy and Tourism Minister, Traicho Traikov, has revealed that the legal analysis and privatization evaluation of the state tobacco company Bulgartabac will be completed in the next 50 days.

Traikov revealed that there had been a 2 month delay in the process due to an appeal by a contestant in the bid to become the official consultant, after Citigroup Global Markets Limited was awarded the role in February. He also added that a buyer for Bulgartabac would probably be chosen by the end of the year.

The Bulgarian Privatization Agency announced in February that Citigroup Global Markets Limited had been picked after four companies had originally bid for the consultant role including a tie-in between KBC Securities and Tokushev & Co, Raiffeisen investments- Kamburov and Renaissance Securities.

At the end of last year Traikov, announced that the starting price for the state share in Bulgartabac Holding would be around EUR 100 M.