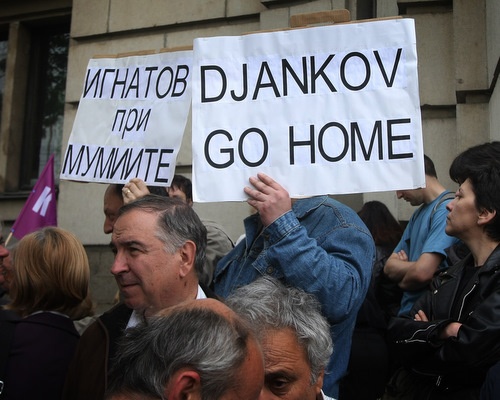 Bulgaria’s prime minister has warned belt-tightening is in store for the whole country as students and educators from the University of Sofia, the country’s oldest, staged on Tuesday a large-scale rally against the school’s reduced subsidy.

“This year will be very difficult for everyone, but we will survive and the next year everything will be back to normal,” Boyko Borisov said in a response to a journalist’s question about the protest.

“Europe is in the grip of a crisis, people everywhere are reducing salaries and pensions. The universities had to protest on the day when the decision for BGN 900 M more for pensions was taken or on the day when the previous government stepped down. Only then I would have respected their opinion,” he said.

The prime minister reprimanded not only the university educators and students, but also the media, which in his words, deliberately ignored the difficulties that the country faced over the last two-three years.

The protest in front of Sofia University main building took place under the motto “Today’s politics kills tomorrow’s education” and gathered together hundreds of students and teachers.

“We are here to show that we care about Bulgaria’s higher education,” Tsveta Georgieva, head of the students council said. “We are all dressed in black as at a funeral because we want to show that Bulgaria’s education will die in case of further cuts in funding.”

The protestors demanded that the government make education a priority in its policy and pointed out that Western European countries stay away from cuts in the budgets for education even in times of crisis.

The College Presidents’ Council have backed the demands of Sofia University and have also voiced discontent over the downsizing of the subsidies for college education. According to them all schools will have to struggle to purchase consumables, pay salaries and will be fully impeded from making investments, renovations, buy equipment and increase salaries.