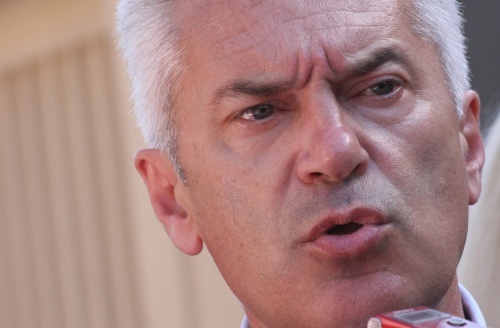 Volen Siderov, leader of Bulgaria's ultra-nationalist Ataka party, said in a television interview last week that alleged ringleader and former undercover secret services agent, Aleksei Petrov, who was arrested in February, had been providing diplomats in Sofia, namely people from the Israeli Embassy, with prostitutes in exchange for information and powerful contacts.

"The statements of Ataka leader Volen Siderov are lies and it is a pity that Israel and its Embassy in Sofia have been involved in Bulgaria’s domestic wrangles," Yigal Palmor, spokesman of Israel’s foreign ministry, said.

He added that there is no need for this scandal, while the allegations can not be taken seriously and are completely unfounded.

The Israeli embassy in Bulgaria was also outraged by the accusations and said in a statement:

"Ataka's leader has proven quite consistently his racist, anti-Semitic and anti-Israeli feelings and does not miss an opportunity to 'discover facts' and 'hidden truths' which match his understandings, conspiracy theories and claims for the participation of Jews or Israel in the world's greatest wrongdoings."

"It is a pity that a progressive and civilized country as Bulgaria has someone like Volen Siderov as a party leader and member of Parliament. The embassy of the State of Israel hopes, and wants to believe, that the people of Bulgaria are capable of making a proper judgment and distinction between reality and phobia," it added.