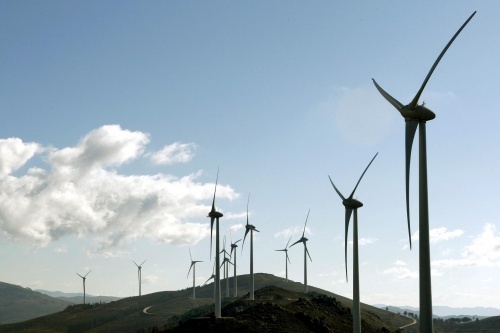 According to Reuters reports, German engineering giant Siemens has announced it is to invest 440m levs (USD 297.7m) in a 140MW wind farm project in Bulgaria as part of a joint venture between its financial arm Siemens Project Ventures and German wind farm operator Windkraft Nord.

The joint venture, known as Innovative Wind Concepts, is expected to install 59 wind turbines at a site in north eastern Bulgaria near the Black Sea coast with the project sceduled to get underway from the beginning of 2013.

The announcement came as the European arm of Indian wind turbine manufacturer Suzlon Energy signed a joint venture agreement with local project developer Volkswind Bulgaria that will see it provide turbines to a number of utility scale projects.

The company also stressed that Bulgaria offers one of the most attractive wind markets in Eastern Europe after the government announced that it plans to deliver 500MW of wind energy capacity by the end of 2010, and then add a further 3000MW of capacity 2020.

The deals serve to further underline the appeal of Eastern European markets to wind energy developers and follow hot-on-the-heels of two large scale projects in Romania.

In related news, Germany this week completed final commissioning of Germany's first offshore wind farm - the 60MW Alpha Ventus project 45 kilometres off the coast of the island of Borkum.

The project consists of six 5MW Repower turbines and six 5MW Multibrid machines and was constructed by a consortium involving EWE, E.ON and Vattenfall Europe, who together invested EUR250m to bring the project to completion.

At the project opening, the wind farm was hailed as the beginning of a new era in renewable energy generation in Germany.

"The use of wind power will play a key role in the energy mix of the future [and] offshore wind farms are a decisive factor in this role,” said Federal Environment Minister Norbert Röttgen. "Our goal is an installed offshore capacity of 25GW by the 2030. Alpha Ventus is the beginning, the pioneering work which has truly opened the door for us into the age of renewable energies."

Views on BG » Be a reporter: Write and send your article
Tags: wind energy, Suzlon
Advertisement
Advertisement
Expats.bg All Are Welcome! Join Now!
Related Articles:
More from Views on BG