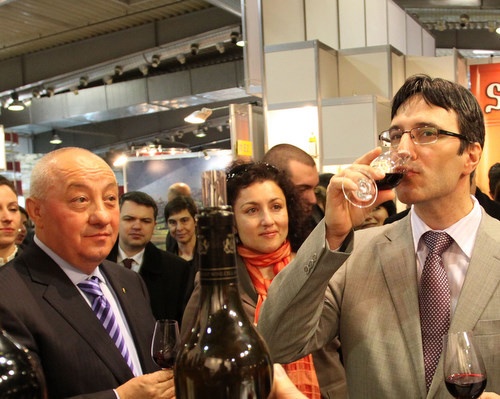 Bulgarian Economy Minister Traikov (right) has suffered a setback in his attempt to regain control of the Plovdiv Fair from businessman Georgi Gergov (left). Photo by BGNES

The Plovdiv Appellate Court has found no violations in the increase of the capital of the Plovdiv Fair company, which is in charge of Bulgaria’s largest commercial expo.

The ruling has created substantial setback for the plans of Bulgarian Economy Minister Traicho Traikov to wrest control of the Plovdiv Fair from businessman Georgi Gergov.

On April 19, Traikov filed a law suit with the Plovdiv Court because a probe of his Ministry of the privatization of the Plovdiv Fair company had revealed doubts about violations of the Trade and Privatization Acts.

Currently 50.3% of the shares of the International Plovdiv Fair are owned by the “Puldin Tourinvest” company whose majority share package belongs to businessman, Georgi Gergov. The State has 49.6% while the remaining 0.01% belong to several individuals.

Gergov acquired the majority share package of the company, which had been listed among the companies with a state-owned majority shares whose privatization was not allowed, in 2008 by purchasing them from restitution owners.

The Plovdiv Appellate Court said it did not find any violations of the acting legislation with respect to the transactions which allowed the increase of the capital of the Plovdiv Fair company leading to the shares buyout by Georgi Gergov.

According to the suit filed by Minister Traikov, the three judges who had allowed the increase of the capital of the expo company violated the law and had to suffer administrative sanctions.

A special commission of the Plovdiv Court, however, found that the three judges were assigned their cases randomly, and sealed the increase of the company capital in accordance with the legal provisions that were in force at the respective moment.

The court ruling says that the two decisions for entering the capital increases of the International Plovdiv Fair made in November 2006 and March 2007 were made in accordance with the government strategy for the restructuring of the company, and with a protocol of the general assembly of the shareholders.

Soon after the cabinet of the GERB party came into power, Traikov declared he would return the ownership of the Plovdiv Fair back to the state. The first idea was to increase the capital, but the move could not be carried out without the agreement of “Puldin Tourinvest.”

It is still unclear what moves the Minister might make after the court ruling was not in favor of his intentions.