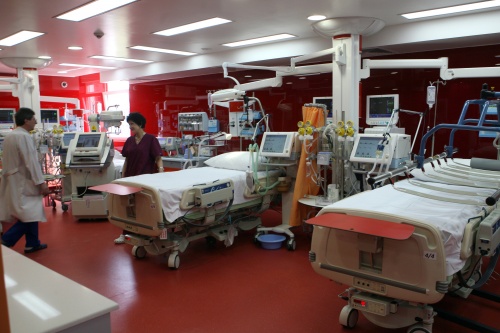 Reforms in Bulgaria's medical leave scheme continue to be a debatable issue. Photo by BGNES

The Bulgarian government is said to have agreed to the demands of its social partners to revise stand on medical leaves.

During Thursday's discussions of the Tripartite Cooperation Council, the Bulgarian government has conceded to revise its decision and make employers provide coverage for all of the first three days of an employee's medical leave.

The government has recently announced its plans to reform the medical leave scheme in Bulgaria. According to the changes planned the employer will pay 100% of the regular daily payment of an employee during the first day of the medical leave. The employer will cover 60% of the second day as well and nothing will be paid for the third day. All remaining days will be covered by the Social Security Institute.

At Thursday's meeting the Bulgarian government proposed that employers cover 70% of an employee's regular pay during the first three days of the medical leave, while the business sector insisted on a 50% coverage by the employer.

A compromise agreement was eventually reached that obliges employers to cover 60% of an employee's regular daily pay during the first three days of a medical leave. This measure will be temporary and will last till the end of 2010.

The final decisionof the Council for Tripartite Cooperation will be announced Monday when a meeting with Bulgaria's Prime Minister Boyko Borisov will be scheduled.

The Bulgarian syndicates continue to vehemently oppose the reforms in the country's medical leave scheme, claiming that the changes planned will be to the detriment of employees.

According to data by the Bulgaria's Social Security Institute, the number of Bulgarian employees who have taken medical leaves has increased by 160 000 people for the first quarter of 2010 year-on-year.