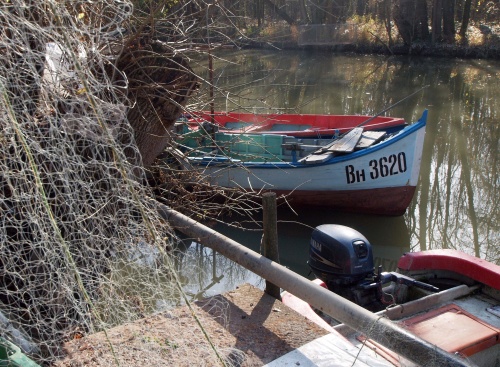 The Bulgarian state has moved to set up four modern fishing ports on the Black Sea coast. Photo by BGNES

Bulgarian Agriculture Minister Miroslav Naydenov presented Monday the port management with state certification, and declared that the port will be preserved for the fishermen and will not be turned into a yacht port as some local circles demanded.

Minister Naydenov announced that a total of four fishing ports will be set up along the Bulgarian Black Sea coast – two in the north and two in the south.

The two northern ones will be Balchik and Asparuhovo near Varna. Sozopol is one of the two southern ones. The precise location of the second is unclear but the Ministry is negotiating its spot with the Burgas Municipality.

Now that it is formally entered into the fishing ports register, the Port of Sozopol will be able to host fishing boats and to process their catch. It is also entitled to receive EUR 4 M from the EU operational programs.

The boats staying at the port of Sozopol will have to pay a fee of BGN 40 which is some 30 times smaller than similar fees at EU fishing ports, said Yavor Nedev, head of the state company "Fishing Resources".

Later on Monday, Naydenov is going to witness the burning of a total of 30 km of poachers’ nets captured overnight in the water reservoirs near Burgas, and to present 150 kg of fish confiscated from the poaches to the local nursing homes.