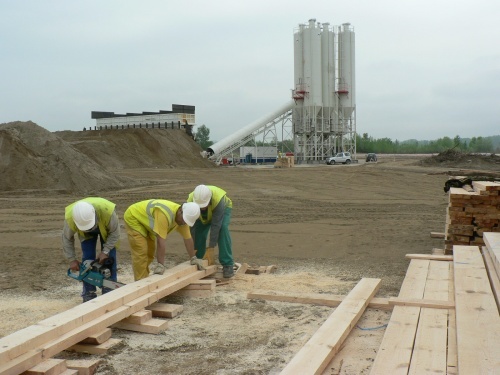 Danube Bridge II is a key element of a European transport corridor connecting the German city of Dresden with Istanbul in Turkey. Photo by BGNES

The European Commission has extended the deadline of the financial memorandum for the construction of a second bridge over the Danube River and another six environmental projects, due to be financed under ISPA program.

The memorandum with Brussels, to be financed under the ISPA program, ensures free funding of EUR 70 M for the bridge's construction and guarantees head-to-tail financing of the project. It was scheduled to expire in 2010, but now the deadlines has been extended by two years.

Following Brussels decision, six major environmental projects have been given a chance to be implemented by the end of 2011, including the desulphurisation installations at Maritsa East 2 thermal power plant, the construction of sewage channels in the capital Sofia, as well as the projects for integrated water management in the cities of Sliven, Russe and Kyustendil.

The total amount of financing allotted for the projects stands at EUR 227 M.

The European Commission said it has agreed to an extension of the deadline of projects under ISPA funding in Bulgaria and a few other member states in a bid to give them one more opportunity to develop the infrastructure and strengthen the economy.

Romania and Bulgaria signed the agreement for the Danube Bridge II project construction in March 2000 but it was late in getting off the ground because of insufficient funding.