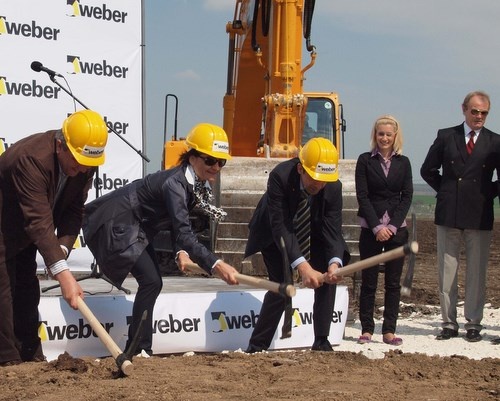 Bulgarian Regional Development head Rosen Plevneliev (middle) together with managers breaks the ground of the new Weber factory near Varna. Photo by BGNES

The second factory to be built by Saint-Gobain Weber in Bulgaria will also be producing dry construction mixes.

The first factory built by Saint-Gobain Weber in Bulgaria was inaugurated in April 2009 by then Bulgarian PM Sergey Stanishev. It is located near the town of Kostinbrod outside of the capital Sofia. The company’s total investment in it was EUR 10 M, and it created 20 jobs.

The French company Saint-Gobain Weber is active in 60 countries worldwide, and specializes in the production of construction materials and providing innovative energy saving solutions. It has about 200 plants around the world.