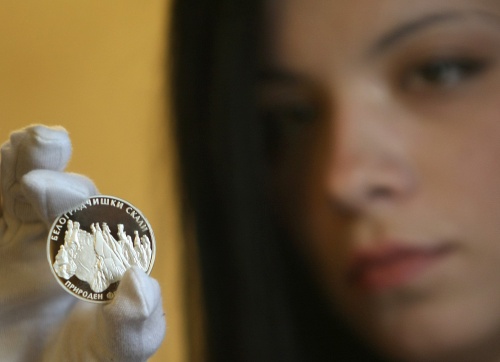 Bulgaria's miraculous Belogradchik Rocks are featured on the back of comemmorative silver coin. Photo by BNB

The Bulgarian National Bank has issued a coin dedicated to one the country’s top tourist attractions, the Belogradchik Rocks.

The silver coin has a nominal value of BGN 10, and will be sold by the Bulgarian National Bank for BGN 54. A total of 4 000 coins will be circulated. The artistic image of the Belogradchik Rocks on the back of the coin has been authored by Vanya Dimitrova.

This is the second commemorative coin issued by the BNB in 2010; the first one was dedicated to the 140th year since the establishing of the Bulgarian Exarchate.