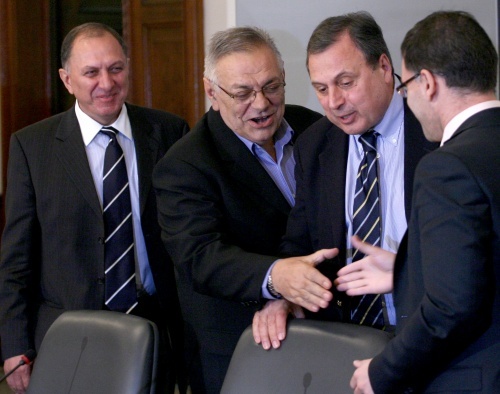 Bulgaria’s government has agreed with the employers on a new formula for the payment of medical leaves.

Later Wednesday night the Cabinet completed it talks with the employer’s representatives at the Supervisory Board of the National Social Security Institute, announced the deputy head of the Bulgarian Industrial Association, Dimitar Brankov.

The government and the employers have decided that the first three days of an employee’s medical leave from work will be covered by the employer but only at a rate of 50% of the salary. From the fourth day onwards, the National Social Security Institute will be paying 80% of the salary that the employee had received over the last six months.

At present, an employee receives 100% of their regular daily payment for the first day of their medical leave from the employer. From the second day onwards, they get 80% but the sum is covered by the Social Security Institute.

The talks over the paid medical leaves from work have been initiated by the Bulgarian government, which wants to amend the Social Security Code in order to curb the violations with the granting of fake medical leaves.

However, the agreement reached Wednesday by the government and the business sector has been opposed by the trade unions who are against changing the existing formula of the paid medical leaves, and demand instead strengthening the control on part of the employers in order to prevent abuses. The syndicates believe that because of 5-10% of the workers who might be abusing the system, all employed people will suffer.

Before Wednesday, the state and the business sector were considering two options both of which included one unpaid day of medical leave at the beginning of the absence period.

In the first quarter of 2010, the sum that Bulgaria’s National Social Security Institute paid for medical leaves grew by BGN 17 M compared to the same period of 2009, and the number of people who used this service grew by 160 000.

According to estimates, the Social Security Institute will save BGN 50 M in 2010 for not having to cover the second and third day of the paid medical leaves of the employees.

Unlike the situation with the medical leave, where the government, the business sector, and the trade unions have failed to reach an agreement, they did agree that the limitation of BGN 240 per month for unemployment benefits has to be removed, and that people should received 60% of their salary if they are laid off.

This change is expected to increase the spending of the Social Security Institute by BGN 53 M by the end of 2010.