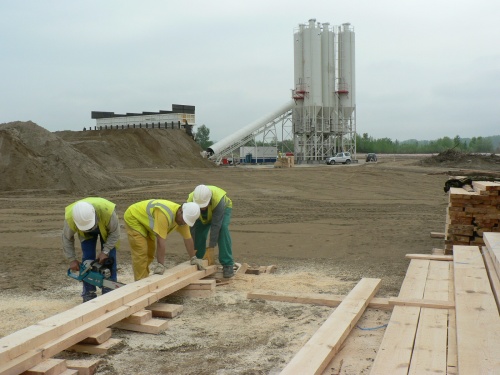 Bulgaria hopes the EC will extends the ISPA funding absorption deadline for the Danube Bridge 2 project. Otherwise, it will have to pull out the money to complete the construction from its next year's budget. Photo by BGNES

The EU will most likely extend deadline to construct the second Danube Bridge between Bulgaria and Romania with ISPA program funds until 2012.

This has been announced by Bulgaria’s Deputy Environment Minister, Ivelina Vasileva, before the Parliamentary EU Affairs Committee on Wednesday.

Vasileva cited “unofficial information” with respect to the Danube Bridge 2 project; she said there was no information about the fate of other ISPA funded projects. Bulgaria was supposed to absorb all ISPA money by the end of 2010.

The Deputy Minister has reminded an earlier position of the EC stating that only projects planned to receive more than EUR 100 M from ISPA will be eligible to extensions. In her words, if the EC after all does not approve the extension, the Bulgarian government will consider setting aside money for the completion of its part of the Danube River bridge in the 2011 state budget.

The Bulgarian part of the bridge is supposed to get a funding of EUR 70 M but if the parts of Romania and Bulgaria are combined, the sum would exceed EUR 100 M possibly making it eligible for an extension of the absorption deadline.

Deputy Minister Vasileva stated Wednesday that Bulgaria stands to lose a total of EUR 147 M of ISPA funds over failure to absorb the money on time, i.e. before the end of 2010.

“We hope that at least some of the financial memorandums will be eligible for extension – the ones that we have signed after 2004. One of the projects is for the installations of the Maritsa Iztok thermal power plant where we stand to lose EUR 36 M,” she explained.