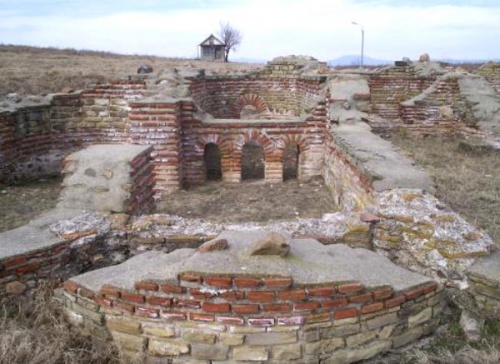 Part of the remains of the Ancient Thracian city of Kabile. Photo by xcelproperty.biz

Specialists from the Yambol History Museum have prevented the destruction of a valuable archaeological site during road construction in Southeastern Bulgaria.

On Monday, employees of the local “Mining Company” started to expand a road running past the Ancient Thrace town of Kabile without a permission from the Tundzha Municipality.

The company also failed to inform the regional history museum of the Yambol District.

As the road construction started, the digging machines destroyed tiles and pottery from the Ancient Thrace settlement within a 50-meter long and several meters wide area along the road in question.

The firm management said it was not aware that it was trying to expand the road through the Kabile Archeaological Reserve. A local resident, however, contacted the Yambol museum, whose director Iliya Iliev reacted immediately.

The Yambol Museum is going to refer the case to Bulgaria’s National Institute for Culture Monuments.

The digging machines of the mining company came very close to destroying four graves of Thracian nobles. However, the digging was stopped in time, leaving the graves barely affected.

In 341, BC the town of Kabile, a former Neolithic settlement, was founded anew by Philip II of Macedon. It was under the rule of Philip II, Alexander the Great and Lysimachus from 341 BC up to 280 BC, when it came under the control of the Thracian Odrysian kingdom from 280 BC, thus becoming one of the most important cities in Ancient Thrace.