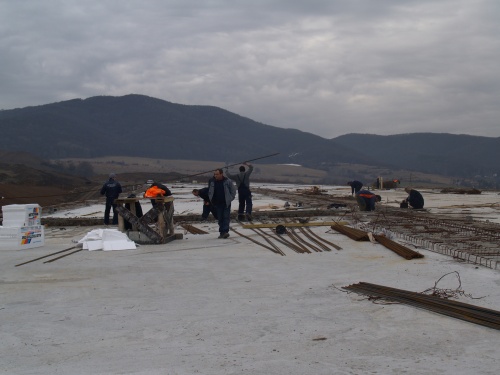 Bulgaria's Main Labor Inspectorate (GIT) has fined the Turkish consortium Mapa Cengiz with BGN 200 000 for 24 violations of the Labor Law.

The Turkish company, which builds Bulgaria's “Lyulin” highway, had committed a total of 200 such violations between 2008 an d2010, the GIT Director, Rumyana Mihayova, informed Tuesday, adding the contractor, the assigner and the construction control of the highway will be held responsible for all violations. Fines range between BGN 10 000 and 15 000 for the employer and BGN 2 500 to 10 000 for official representatives.

GIT had also found numerous violations during their probe of the Sunday incident in which 3 construction workers died – none of them was scheduled to work that day; they did not undergo work safety instruction, and there were no safety measures at the work site.