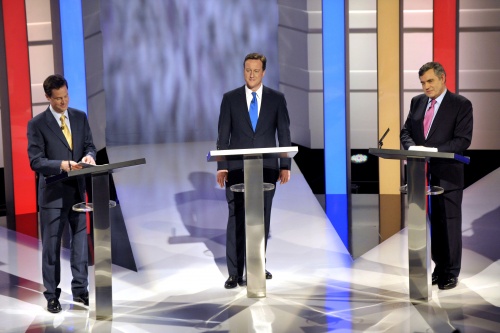 In the first prime ministerial TV debate in the UK, Gordon Brown and David Cameron have clashed over spending cuts, tax, political reform and Bulgaria.

The conservative leader Cameron raised a few eyebrows by saying that in Britain "our death rate from cancer is actually worse than Bulgaria's".

What local media describe as a controversial claim seems to be backed by the World Health Organisation figures.