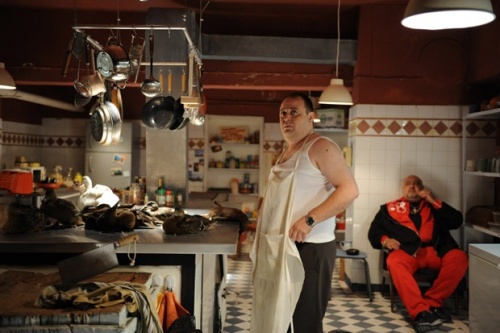 The most anticipated Bulgarian movie for 2010 “Mission London” will begin showing Friday in movie theaters across the country.

The picture is a comedy, based on the novel of prominent contemporary Bulgarian writer, Alek Popov, and is the first fiction movie of director, Dimitar Mitovski, known mostly for documentaries, his work in reality shows and as the person behind the Bulgarian version of “Who Wants to be a Millionaire.”

Mitovski says that the novel has been significantly altered by Popov himself in order to make a better screen story and willingly admits his movie is not based on psychological analysis, as is the Bulgarian tradition, but is rather a commercial product aimed at entertaining the audience.

The cast includes some of the most popular Bulgarian movie stars, such as Ana Papdopulu, Yulian Vergov, Lyubo Neykov, and Ernestina Shinova among them.

Ford says he decided to join the cast immediately after reading the script.

“I realized this is a political satire and I really like such stories,” the UK star explains.