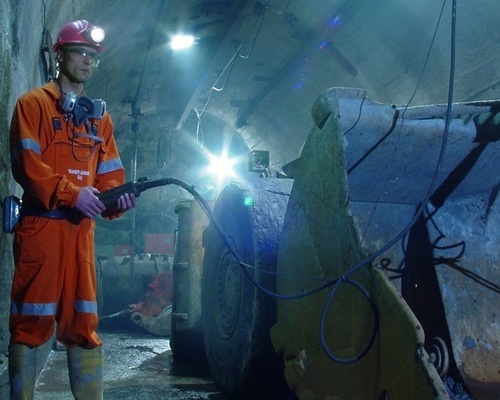 “Chelopech Mining”, the subsidiary of Canadian Dundee Precious Metals, have been trying for several years already to give the go-ahead to its plans in Chelopech, Bulgaria. Photo by BGNES

Toronto-based Dundee Precious Metals has discovered two new high-grade targets of gold deposits near the Chelopech Mine in Bulgaria, the company announced.

The new mineralized zones can easily be accessed from current development. Further drilling and interpretation will continue during 2010 to fully evaluate the size and characteristics of these new zones.

The blocks are characterized by low sulphur contents (less than 10%), which are associated with high recoveries during processing, the mining company said.

Dundee Precious Metals announced in January this year that it has abandoned plans to develop a plant in Bulgaria, buying a smelter in Namibia instead.

Bulgaria's Economy Ministry confirmed that the company has informed them of the acquisition of a plant in Namibia and the freezing of its plans to build a metallurgy plant near Chelopech, about 60km east of Sofia, using cyanide to extract the gold.

The decision came in the wake of a ruling of the supreme Bulgarian court from the end of last year, which revoked a 2008 environmental impact assessment resolution, which gave the green light to its gold and copper mine in Chelopech.

The company has failed to secure all necessary permits from Bulgarian institutions for five years and has faced strong opposition from environmentalists.

In addition the company owns 95% of the Kapan Mine, a gold / copper / zinc concentrate producer in southern Armenia and holds significant exploration and exploitation concessions in some of the larger gold-copper-silver mining regions in Serbia.