Greece Thanks Eurogroup but Turns Down EUR 30 B Loan Offer 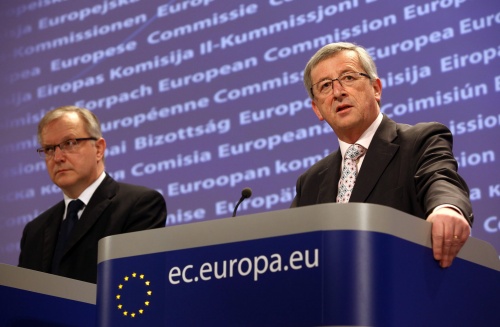 Leaders of the 16 Eurozone nations agreed Sunday to offer Greece a EUR 30 B emergency loan if the Greek side moved to request the money.

The loan package was announced by Luxembourg Prime Minister, Jean-Claude Juncker, who explicitly made it clear that the loan mechanism will be activated only if the Greek government decides to go for it.

The price of the loans will be fixed using IMF formulas, and will be about 5%. Juncker said the financing would be "completed and co-financed" by the International Monetary Fund. While European Commissioner for Economic and Monetary Affairs Olli Rehn announced the IMF will clarify its exact part in the loan proposal.

"The Eurogroup is confident that the determined efforts of the Greek authorities and of its European partners will allow [it] to overcome the fiscal and structural challenges of the Greek economy," a statement of the Eurozone countries said.

Shortly after the loan package was announced, it was welcomed by the Greek Finance Minister George Papaconstantinou.

However, Papaconstantinou made it clear that Greece had not requested the loan meaning that the bailout mechanism would not be activated.

The 16 Eurozone ministers held a conference call Sunday to decide on their aid for Greece which they pledged in March in accord with the IMF.