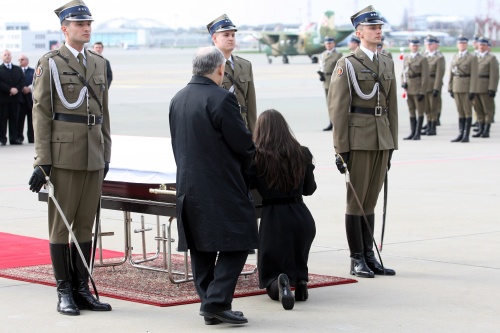 Eighty-three-year-old Jadwiga Kaczynska is still unaware of the horrific tragedy that caused the death of one of her twin sons, Poland’s President Lech Kaczynski.

Jadwiga Kaczynska is in a serious health condition, and doctors have recommended that she should not be told yet about the horrific crash near Smolensk in which Lech Kaczynski perished together with the entire high-ranking Polish delegation to the Katyn Massacre remembrance, RIA Novosti reported.

In the early afternoon on Sunday, the body of Lech Kaczynski was brought from Smolensk to Warsaw for a memorial service in the Presidential Palace.

The body of his wife, Maria Kaczynska, however, has not been transported to Poland together with that of her husband as it had not been identified yet.