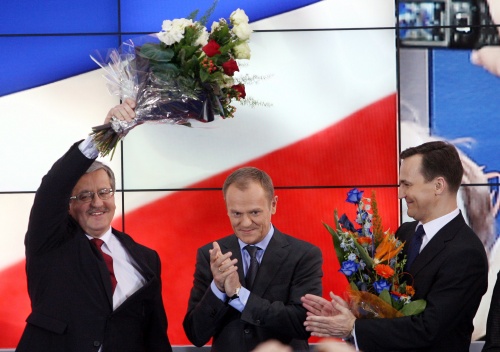 Acting Marshal of the Sejm, i.e. Parliament Speaker, Bronislaw Komorowski was chosen at the end of March 2010 as the presidential candidate of his party to run in the 2010 Presidential Elections against incumbent Lech Kaczynski.

The pro-EU Civic Platform party of Prime Minister Donald Tusk chose Komorowski over Foreign Minister Radek Sikorski in Poland's first primary modeled along US lines at the very end of March 2010. 58-year-old Komorowski, a former anti-communist dissident, won 68,5% of the votes to Sikorski's 31.5%.