Polish 'Air Force 1' Crashes with President Kaczynski on Board 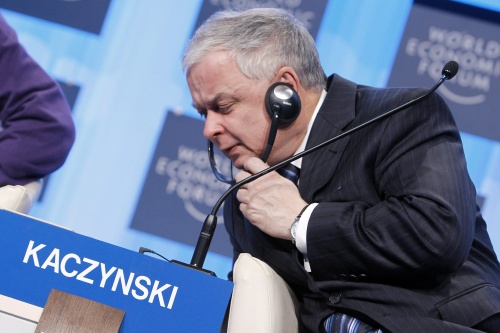 A plane carrying Polish President Lech Kaczynski has crashed near the airport of the Russian city of Smolensk.

Kaczynski, who was due to visit Smolensk to mark the 70th anniversary of the Katyn massacre, in which Soviet troops killed thousands of Poles, perished when the government TU-154 plane crashed near the airport of the Russian city.

With the finding of the body later on Saturday, the tragic news about Kaczynski’s death was confirmed with certainty.

According to latest reports, all 96 passengers and crew died. The delegation included top politicians, clergy and military men, among them the Governor of the Polish Central Bank, the Army’s Chief of Staff, former ministers, Members of the Parliament, deputy ministers, relatives of the 1940 Katyn victims, intellectuals.

According to the Russian news agency ITAR-TASS, and the Russian Ministry of Emergency Situations, the plane crashed 10:56 am Moscow time.