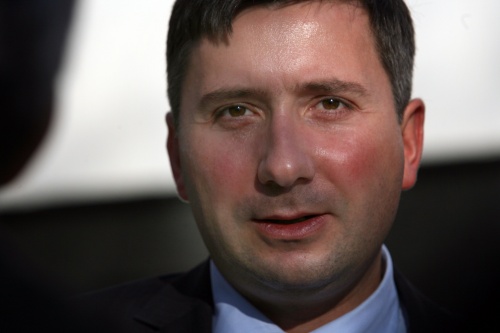 Prominent Bulgarian businessman and President of the Confederation of Employers and Industrialists in Bulgaria (CEIBG), Ivo Prokopiev. Photo by BGNES

The Bulgarian Alfa Finance Holding sold the majority share package of 58% of the Plovdiv airport to the Danish Nordic Airport Infrastructure ApS.

The news was reported Friday by the company's' press office, saying Alfa Finance Holding had decided to focus its investments on its main businesses, which do not include the airport in Bulgaria's second largest city.

Alfa Finance purchased the shares in 2007 and since then has been looking for ways to establish a strategic private-public partnership, but all efforts failed.

Th company further states in 2010 they will focus in investments in clean energy and renewable energy sources through “Solarpro” and the consolidation of the alternative telecom sector through SpectrumNet.