Bulgaria FinMin to Report on Budget 2010 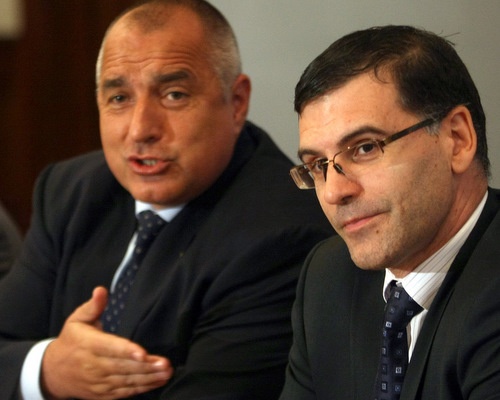 Bulgaria's finance minister Simeon Djankov is expected to report on Friday on the implementation of budget 2010, whose deficit almost tripled to a record-high of BGN 1.4 B from the beginning of the year by the end of February.

The budget deficit for the first two months of the year equaled nearly 2% of the gross domestic product (GDP) for 2010, as envisaged in the government latest forecast, the finance ministry data showed.

Public revenues decreased by 27.4% in the first two months from a year ago to BGN 3.1 B, which accounts for 11.7% of the total envisaged in the budget for this year.

Spending went up to BGN 4.5 B, which accounts for 16.7% of the levels envisaged in the budget for the year and marks a more than 20% increase on an annual basis, the ministry said.

Bulgaria's fiscal reserve decreased to BGN 6.3 B from BGN 7.4 B over the previous month and BGN 8.3 B on an annual basis, data showed.

The centre-right government, which swept to power after the July elections, approved last week an austerity package that would help fill a potential gap of BGN 1.6 B. It has pledged to stick to a tight fiscal policy and combat smuggling and tax evasion.

The government gave up its planned 10% cut of state spending after a Constitutional Court ruling declared illegal three provisions of the 2010 State Budget Act, an anti-crisis measure, which was expected to save BGN 450 M.

Representatives of the companies met on Thursday Finance Minister Simoen Djankov, but his department and the power distributors declined comment.

Should the government fail to secure the savings it has planned, the other 59 austerity measures will bring no more than BGN 1.2 B, which can hardly cover the budget deficit for the first two months of the year.