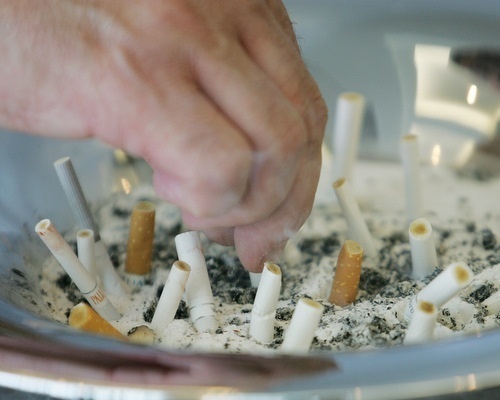 Bulgaria holds the second place in Europe by the number of smokers. File Photo

The majority of all Bulgarians - 78% are against the delay of the smoking ban in public spaces, a poll conducted by the health portal DoctorOnline shows.

The poll was conducted over the amendments in the Health Act proposed at the end of February by the ruling Citizens for European Development of Bulgaria (GERB) party.

The poll was conducted among 1 186 users of the site.

The GERB Members of the Parliament based their proposal to delay the smoking ban on the presumption that limiting smoking in public spaces in times of crisis will hurt the business.

GERB want to postpone the ban by several months to a year. The initial date of the introduction of the smoking ban in Bulgaria, voted by the previous Parliament, was June 1, 2010.

58% of the respondents are firmly against the delay, which they say is unfair to non-smokers while another 20% believe the move will lead to the increase of cases of lung and other cancers.

The above opinion is shared by the majority in a number of EU countries, recent debates show, while research conducted by the World Health Organization reveals passive smokers are more in danger of lung diseases than the active ones.

Only 11% of the Bulgarian respondents support the GERB proposal and say the delay will help the business. Another 11% state they are firmly against the ban because they want to continue to be able to smoke at bars, restaurants and coffee shops.

Recently several NGOs and citizens joined their effort against the GERB proposal in the so-called Coalition for Life without Cigarette Smoke. The Coalition is challenging Prime Minister, Boyko Borisov, to race with them in a run for health this Saturday, April 10 at the Ariana Lake in the central Sofia park “Borisova Gradina.”

Borisov is known to be an avid cigar smoker.