Bulgarian-Born Nina Dobrev Said to Have Affair with Co-Star 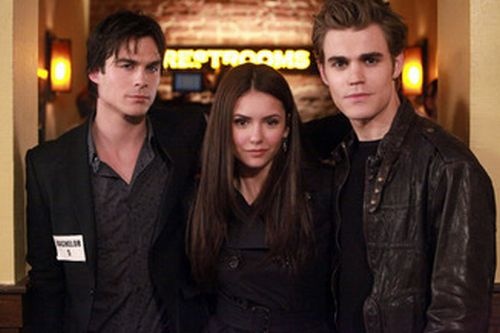 Ian Somerhald, Nina Dobrev and Paul Wesley of 'The Vampire Diaries'. Photo by the CW

Rising movie star, Bulgarian-Canadian actress Nina Dobrev, is reported to be in a relationship with another Vampire Diaries lead, Ian Somerhalder.

According to a report of the Bulgarian Trud Daily which cites a “special correspondent” of its own, Nina Dobrev and Ian Somerhalder have recently demonstrated closeness during the shooting of the hit CW series, and have even been photographed together at the Los Angeles International Airport.

However, reports claims that Dobrev and the ten years older Somerhalder have gotten together over the Easter holidays.