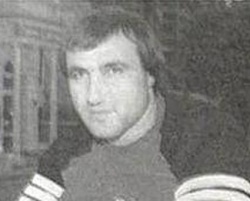 Aleidin Aliev, aka Alcho is believed to be a major figure in the underworld in the town of Lovech. Photo by Zona BG

A Bulgarian businessman and an alleged leader of a criminal group has been arrested on Wednesday on accusations of an illegal acquisition of property and siphoning off European Union funds, police said.

Aleidin Aliev,aka Alcho was declared for nationwide search on April 1. Days earlier during a special operation police officers from the town of Lovech, situated 160 km northeast of the capital Sofia, together with prosecutors searched offices of companies, owned by several shady figures in the city.

Nine private houses and offices of companies, working in the field of illegal logging, export of wood and bread production, were investigated by a special police unit which took many accounting records and computer configurations as evidence.

Aleidin Aliev runs his business with two other figures who are also accused of illegal affairs.

He also declared his intention to dismiss each local police officer who dares to leak information on the case.