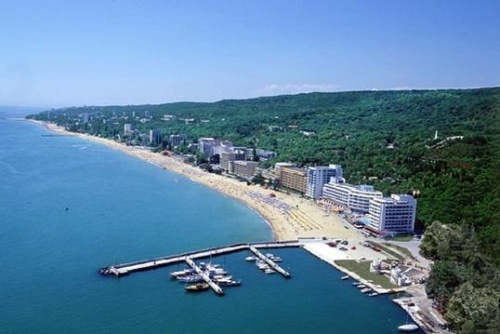 Thousands of Romanians have arrived to the Golden Sands resort for Easter. Photo by zlatni-pyasaci.freebg.eu

Some 20 000 Romanians are spending the Easter holidays in the top Bulgarian Black Sea resort Golden Sands.

The tourists are mostly from Bucharest and have been attracted to the Bulgarian seaside by the competitive all-inclusive package – three nights for EUR 100.

About 70% of the hotels in the Golden Sands resort have opened for the Easter holidays, the BNT reported. Among them, the large hotels are fully booked.

The hotels will be welcoming tourists until April 10, and will then be closed in order to prepare for the summer season which kicks off on May 1.

About one million Romanians came to Bulgaria for a vacation in 2009 making up the largest group of foreign tourists. An even greater number of Romanians are expected to visit Bulgaria in 2010 prompting the Bulgarian tour operators to prepare offers targeting them directly.