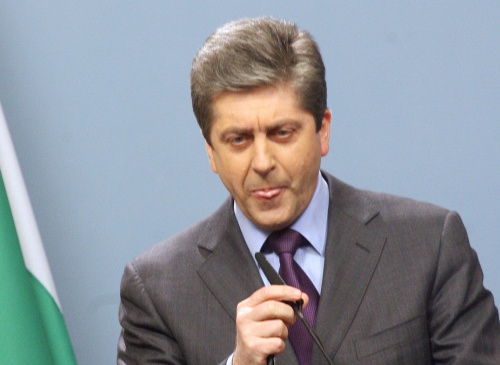 During his visit to Uzbekistan in early November 2008, the Bulgarian President Georgi Parvanov had shot a protected animal, registered in the "Red Book", the internet news site Fergana.ru reported. Photo by BGNES

Bulgarian journalist, Atanas Chobanov, is trying to raise funds through Facebook for an expedition to Uzbekistan.

Chobanov, who lives in France, says the goal of the trip is to establish if Bulgaria’s President, Georgi Parvanov, had killed a protected animal while on an official visit to Uzbekistan. Chobanov appeals to people to join the campaign by becoming a friend with him on Facebook.

The journalist told the news site Frognews.bg that he wants to expose Parvanov as a liar, reminding he has sent to the Interior Ministry and the Chief Prosecutor evidence the President had committed a crime during his visit to Uzbekistan in the beginning of November 2008.

At the time several reports, including the site Fergana.ru, claimed Parvanov had shot a wild mountain goat, the "arhar" - a protected animal, registered in the endangered species "Red Book."

Fergana.ru, published in Moscow, boasts itself as one of the most popular editions, focused on the Central Asian countries that are former Soviet Republics.

In Uzbekistan such violation requires a fine between 100 and 300 minimum salaries or two years of community service.

Also in November 2008, the author of the article Sergey Naumov, spoke in a special interview for Darik radio, explaining that he had no pictures from the hunting, however, he was certain the incident had happened. Naumov further told Darik that he had received information from several of his private sources in Samarkand, Tashkent and other Uzbek cities, but declined to reveal them, citing the difficult situation in Uzbekistan and the danger such revelation would pose for the informers.

"This hunt was organized at the highest state level," Naumov declared. At the time Parvanov's press secretary explained before Darik radio that during his entire visit, the President had followed the schedule and the agenda provided by his hosts and had been accompanied at all times by the Uzbek Prime Minister.

During a recent press conference, Parvanov commented on the issue for the first time after a direct question from a reporter. The President firmly denied killing the animal.

Chobanov says that in addition to the moral aspect of killing a protected specie, Parvanov’s act as a Head of State of a country member of the European Union is a disgrace for both Bulgaria and the EU.