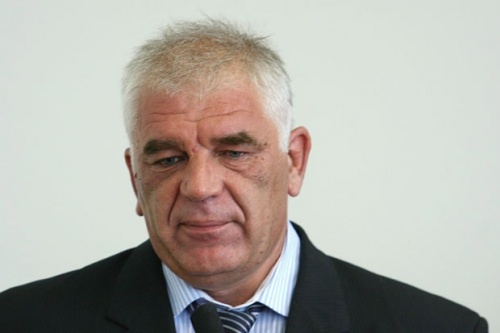 Tanov said that with every increase in excise duty on cigarettes consumption goes down. Photo by Sofia Photo Agency

The aim of the excise duty increase on cigarettes in Bulgaria is mainly to limit smoking, Vanyo Tanov, Director General of Bulgaria’s National Customs Agency has revealed.

Tanov, speaking on BNT, said that with every increase in excise duty on cigarettes consumption goes down. He continued that as in most EU countries the aim of the increase is to reduce consumption, limit smoking and only to some extent to push up budget revenues.

Tanov added that there shoud not be a shock increase in excise duties on cigarettes and gave the example of Hungary, where last year a shock rise led to the government finally having to remove the increase altogether. He also stated that no one can judge what the proportion of smuggled cigarettes is in Bulgaria.

Under a decision that the Bulgarian Parliament took at the end of November 2009, a BGN 101 excise duty for 1000 cigarettes was introduced instead of the previous BGN 41, while the proportional tax is 23% of the sales price instead of 40,5%. The latter has mostly affected expensive cigarette brands.

Tanov concluded that the Customs Agency has made more money at the start of 2010 than for the same period last year despite the crisis. He however stated that the BGN 72 M decline in VAT in February was due to a drop in fuel imports as the Lukoil refinery was under repair.