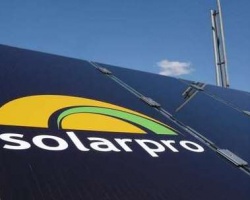 The biggest solar panels manufacturer on the Balkans, Solarpro Holding, begins the construction of 2 new solar parks in the Bulgarian towns of Malko Tarnovo and Devnya.

The news was reported by the company in a press release to the media. The ground breaking ceremony in Malko Tarnovo was held Sunday. The park there will be located on an area of 112 decares and its planned capacity is 2.4 Mwp. The terrain is a former industrial area, which has been cultivated, according to the company's policy to preserve farming lands and protected areas.

The Malko Tarnovo park will be built in 8 months and will connect to the country's electric power network by the end of 2010.

The park is owned by Alfa Energy Malko Tarnovo, which is part of Alfa Energy Holding while the latter, along with Solarpro form Solarpro Holding, is a subsidiary of Kaolin AD.

Several weeks ago, Solarpro began the construction of a solar park in the town of Devnya with a capacity of 5 MWp.

By the end of 2010, Alfa Energy Holding is planning to build 2 more photovoltaic parks with a minimum planned capacity of 20 MWp.

The company's first completed project is located in the village of Yankovo, near the city of Shumen. The project is the largest solar park in Bulgaria with a capacity of 2.4 Мwp and was connected to the network of the Е.ON. Electric power supplier since February 2010.

Solarpro has been awarded Class A Investor Certificate by the Bulgarian Investment Agency.