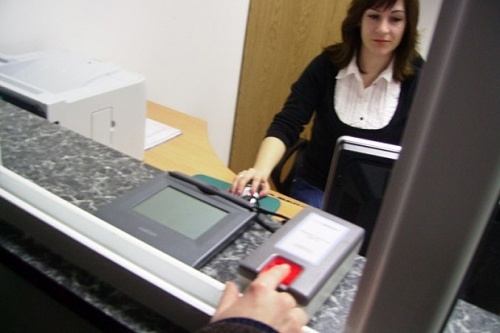 The new passports not only have a new design, but will also mean the introduction of the long-delayed biometric data, originally scheduled to be in use before the country joined the European Union (EU) in January 2007. Photo by SPA

The Bulgarian biometric passports will start to be issued on March 29 as all desks for processing the applications have already been installed, the interior ministry announced.

As of March 29, it is confirmed that new identity cards will cost BGN 18, a driving license fee will become BGN 25, and an international and biometric passports will be issued for BGN 40.

Current costs for these identity documents are BGN 10, BGN 18 and BGN 30, respectively.

Bulgaria's government has approved an increase in the charges, in order to help cover the costs of the introduction of fingerprinting, which is to be carried out at the location where the application is submitted.

At the end of last year, parliament extended by six months the validity of documents that expire in early 2010 because the Interior Ministry had delayed the introduction of biometrics.

The issuing of identity cards for teenagers between 14 and 16 years and people over 70 years will continue to be free of charge. This group of adults will also not be required to pay for a driving license.

The new cost of a passport for a child under 14 years will be BGN 10. Rebates will apply to minors, the elderly and people with a permanently reduced working capacity.

The Bulgarian Deputy Prime Minister, Tsvetan Tsvetanov, has stated that applications for the new documents can be made from the end of March, with new documents available for receipt at the beginning of April.

A total of 40 consulates and embassies of Bulgaria all over the world have opened desks for issuing new biometric ID papers.

Bulgaria’s consulate services, which have not been equipped with biometric technology, will not accept applications for issuing biometric passports but will issue ID papers expiring within 12 months.