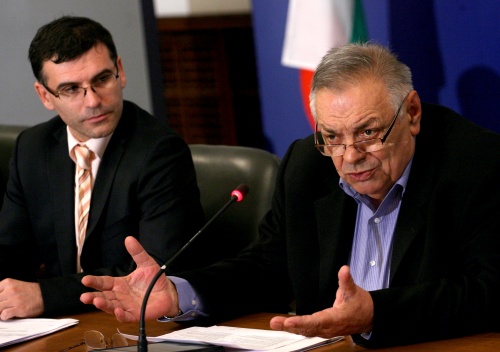 Bulgaria’s Deputy PM and Finance Minister Simeon Djankov has issued an order for the audit of the state natural gas monopoly Bulgargaz.

Djankov has ordered the Agency for State Financial Supervision to audit Bulgargaz during next week, the press office of the Council of Ministers announced.

The news was broken during Friday’s meeting of the National Council for Tripartite Cooperation of the government, the business sector, and the trade unions called to discuss the Cabinet’s proposals for anti-crisis measures.

He has been severely criticized for that by the trade unions which insist strongly on a freeze of gas, heating, water, and electricity prices as an anti-crisis measure until the end of 2010.

The government has been considering different measures in order to delay the increase of natural gas prices, including by channeling state funds to Bulgargaz through the Bulgarian Energy Holding.

The government, the business sector, and the trade unions have reached an agreement that the natural gas prices should not be increased until the audit of the state-owned monopoly is completed.

On Thursday, Bulgargaz insisted that the natural gas prices should be increased by 24% starting April 1, 2010. The Bulgargaz CEO, Dimitar Gogov, declared that if the price is increased only by 15% in April, this will mean that there will be additional hikes in the third and the fourth quarter of 2010.