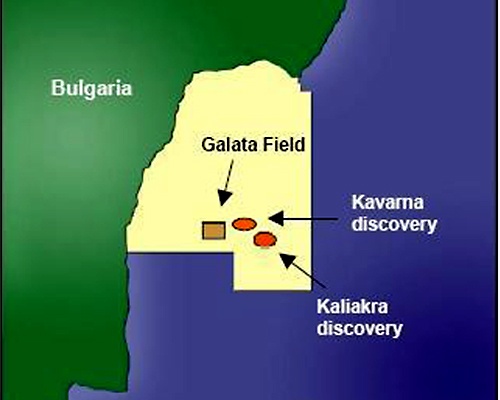 Melrose Resources predicts that the commissioning of Bulgaria's off-shore Galata gas field will boost their production levels in 2010. Photo by energy-pedia.com

The Bulgarian sources - Kaliakra and Kavarna, which together comprise the Galata Field - are due to go on-stream in 2010, along with other developments in neigboring countries.

"We now look forward to 2010 when we plan to bring two new Bulgarian gas fields on stream and to progress our other gas developments in the Western Black Sea towards project sanction," Melrose Chairman Robert Adair stated.

The company, affected by a global drop in commodity prices, has reported a 78% decline in annual pre-tax profit, but claims 2010 will be a year of significant growth.

Despite this, the company has recommended payment of dividends at a rate 10% higher than for 2008. The management of Melrose Resources was also optimistic about the prospects for 2010.

"In what has been a difficult year for industry in light of the global economic downturn, Melrose has emerged in a strong position with a solid operating base, high value development and exploration projects to pursue and well supported debt facilities."

In addition to the Bulgarian gas fields, Melrose is engaged in similar energy projects in Romania, Turkey, Egypt, and the entire western Black Sea area.