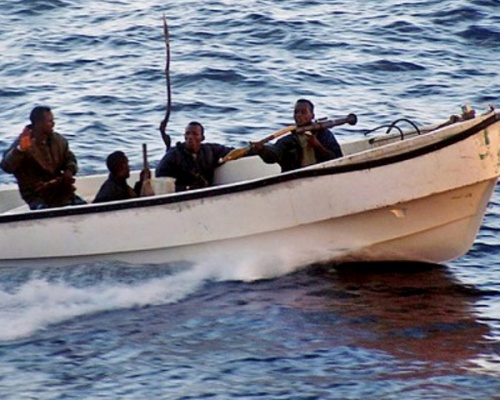 Somali pirates have attacked and hijacked a Turkish cargo ship with a 21-man crew. Photo by wordpress.org

Somali pirates have hijacked a Turkish ship, the MV Frigia, and are holding her 21-man crew captive.

The 35 000 ton vessel was seized on Tuesday morning, according to Turkish media reports. The crew comprises 19 Turkish nationals and 2 Ukrainians.

The Maltese-flagged ship, bound from Port Said to Thailand, was captured closer to India than Somalia, and was some 400 nautical miles away from the areas routinely patrolled by the EU NAVFOR naval defense operation.

This represented a significant increase in the pirates' range of operations, according to Cmdr John Harbour, EU NAVFOR spokesperson.

The cargo vessel was now reported to be sailing towards the Somali pirate stronghold of Haradheere.

Turkish ships have already fallen victim to previous hijackings. The Turkish navy is actively engaged in the international mission to prevent naval piracy.

Meanwhile, there is no recent information on the fate of the 5 Bulgarian crew members of the "St James Park", which was captured on December 29, 2009.

The crew of the "Asian Glory", which included 8 Bulgarian nationals, also remain in captivity. They are reported to be unharmed, and negotiations for the release of the vessel are ongoing.