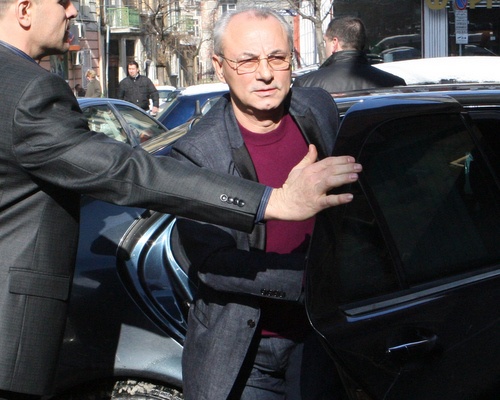 For the members of his party Ahmed Dogan (pictured) is the man who spearheaded the development of alternative energy sources in Bulgaria. Photo by BGNES

Bulgaria's ethnic Turkish party has vowed to approach the senior prosecutor over allegations that its leader has pocketed BGN 1,5 M as a consultant of projects, financed by the state budget.

"The consultancy activities of our leader Ahmed Dogan has nothing to do with ‘Tsankov Kamak’ project. I have been authorized by him to say that the money received has not been taken by the state budget,” the ethnic party spokesman Kamen Kostadinov told the morning broadcast of the state national TV channel BNT.

Kostadinov described Dogan as the man who has spearheaded the development of alternative energy sources in Bulgaria, an area in which "he has specialized over the years".

“Dogan is an honorary member of the Water Association in Bulgaria, has a lаb at his home and is in constant contact with scientists, members of the Bulgarian Academy of Sciences,” Konstadinov said.

The news comes after Bulgarian Prime Minister Boyko Borisov revealed on Thursday that prosecutors are already studying the project of the hydroelectric power plant – ‘Tsankov Kamak’, after a huge hike in the initial price was discovered.