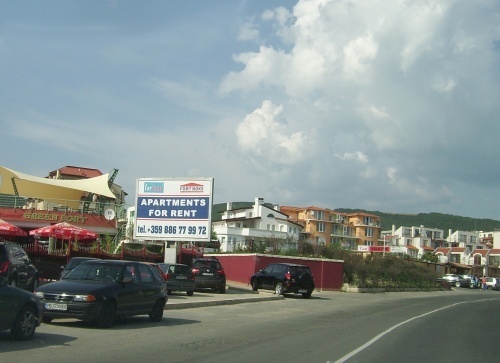 The once quiet beach resorts on the Bulgarian Black Sea Coast have grown to a concrete jungle over the last years. File Photo

The European Commission opened Thursday legal actions against Bulgaria for construction in protected coastal areas and for non-adherence to maximum admissible levels of sulfur dioxide in the air.

Bulgaria has already been warned over irregular construction in areas near the Black Sea, which fall under the protection of NATURA 2000. The EC established that between January 2007 and October 2009, the Regional Inspectorate for Environment and Waters in the Black Sea city of Varna had issued over 327 building permits without making adequate assessment of their influence on the environment.

Most of those permits were for the construction of apartment buildings, tourism and sports infrastructure - all of them in protected areas or areas that fulfill requirements to be deemed as such.

The Bulgarian government now has two months to respond to the formal letter sent by the Commission. If there is no reply, or one the EC considers to be unsatisfactory, it can issue a "reasoned opinion", the second stage concerning infringements. Ultimately, if the Commission remains unsatisfied, it may refer the case to the European Court of Justice.

The second warning received Thursday involves serious exceeding of the norms for sulfur dioxide in the air in 2007 in two Bulgarian regions. The procedure follows the same steps.