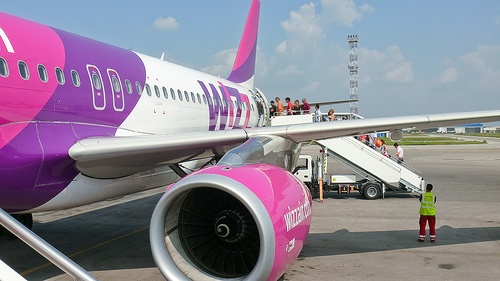 A Wizzair flight from Romania was forced to make an emergency landing following a telephoned bomb threat. Photo by airlinepost.com

A Wizzair flight from the Romanian city of Timisoara was forced to return to the airport, following an anonymous call claiming there was a bomb on board the plane.

The aircraft was bound for London when, 15 minute into the flight, the call was received at the airport. The plane made an emergency U-turn back to Timisoara, where all 165 passengers were safely evaculated.

No explosive device has been discovered, and the plane is expected to resume its flight within hours.

Wizzair, the Hungarian low-cost carrier, operates regular flights to and from Romania and Bulgaria, and to several other European countries.