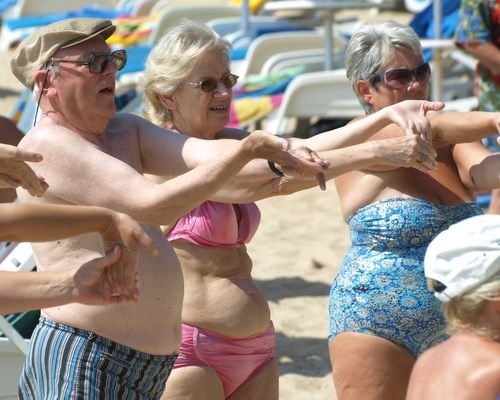 He considers Romania's tourism development to be seven to eight years behind Bulgaria.

"Bulgaria made significant progress during the privatising process, but unfortunately Romania fails to attract foreign investors. I include here the international hotel networks, which lack in Romania. Regarding tourism development, Romania is 7-8 years behind Bulgaria", Höhne said, as cited by HotNews.co.

The TUI rep adds that Romania has got all natural necessary conditions for a good tourist destination, but it does not promote its tourism offer successfully.

"Romania's got everything that might interest a foreign tourist. For Germans in particular, Transilvania’s cities are attractive - Sibiu, Brasov - which look absolutely wonderful. AIR Berlin flies to the Romanian seaside. But Sibiu was designated European Cultural Capital in 2007 and Romania didn't use not even such an event enough to promote its tourism offer. We would have liked to see more action in 2007 from this point of view", Höhne said.

Another Romanian tourism disadvantage, according to Höhne, is the summer season, too short for the investors wanting to take up a business for at least six months.

"The cooperation is difficult because the summer season in Romania begins only in June. Our summer offer, "Sunny Beach" programme, is three to four weeks shorter for Romania than for the Bulgarian resort. This three months and something period is way too short to attract foreign investors, which are interested to keep their business for the entire year or at least for six months. Unfortunately, this is not possible at the Romanian seaside", TUI manager concluded.