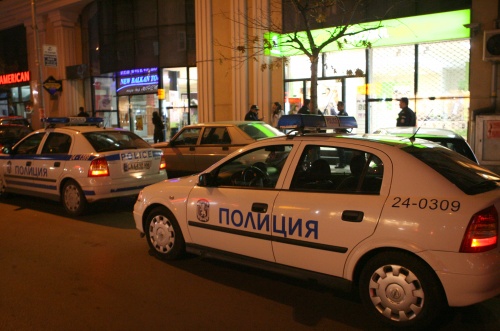 The police are searching for two men who attempted to rob a bank branch in Lyulin. Photo by BGNES

The two masked robbers tackled one of the guards of accompanying the company car transporting an unspecified sum of money before a branch of ProCredit Bank in the Lyulin Quarter.

However, the second guard managed to activate a panic button and to lock himself inside the car. Thus, the two armed attackers only managed to handcuff the first guard. They did not steal a penny as they had to leave the spot immediately. The police have started an operation searching for them all around Sofia.