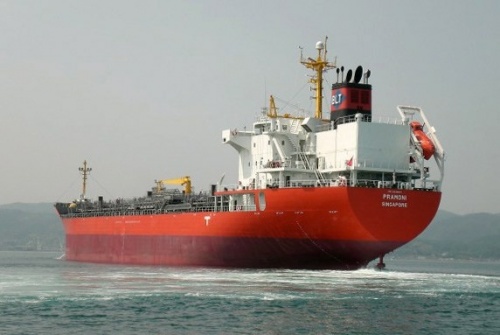 Somali pirates captured the Singaporean chemical tanker M.T. Parmoni with 24 crew members in the Gulf of Aden on 01 January 2010 Photo by EPA/BGNES

Somali pirates have started to attack further to the south and east off the Somalia coast as the commercial traffic is trying to evade them, Seychelles Minister Joel Morgan told Novinite.com (Sofia News Agency).

Morgan, who is the Minister of Environment, Natural Resources and Transport of the Republic of the Seychelles, and Head of the Seychelles High Level Committee on Piracy, said he did not believe the Somali pirates have started going further precisely because EU NAVFOR and other navies are patroling in their original target zones.

Rather, the pirates are following the major traffic of maritime trade which is trying to evade, thus going further into the Indian Ocean.

Minister Morgan has pointed out that countries such as Bulgaria could contribute to the solving of the piracy issue by supporting the efforts of the international community for stabilizing Somalia.

Thirteen Bulgarian sailors from the ships St. James Park and Asian Glory are currently held in captivity by Somali pirates.